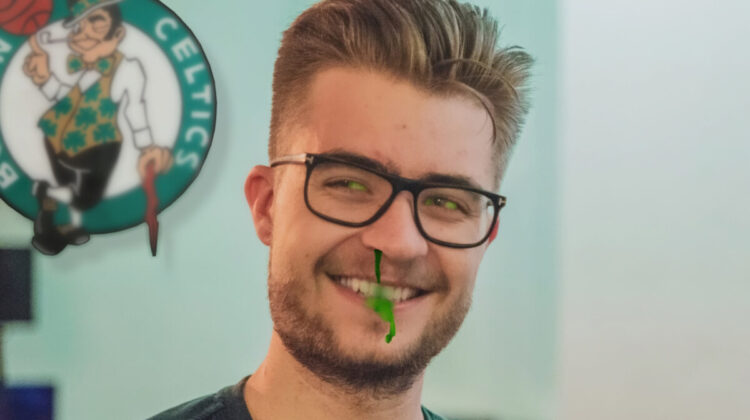 Barry, a self-proclaimed “wicked big Celtics fan,” appeared to have cut his face after trying to drink from a broken bottle of Sam Adams following the Celtics’ tragic loss earlier in the evening.

“These brainiac doctors think I’m sick , but I keep telling them to discharge me so I can watch tonight’s game at home alone like I always do. I’m superstitious and like to scream at the TV when Tatum air balls threes for the entire first half.”

Despite the accident and unexplained hue of his clearly diseased blood, Barry remains hopeful. “Celtics in 7!”