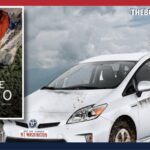 National Geographic announced today that the sequel to the critically acclaimed climbing film “Free Solo” will feature the thrilling story of a 2002 Prius summiting the legendary Mt. Washington without any assistance. The movie will showcase real, often terrifying footage from the dramatic climb. “A brave hand-me-down Prius takes on harsh paved and gravel roads that no … END_OF_DOCUMENT_TOKEN_TO_BE_REPLACED 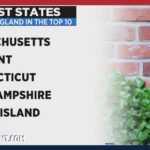 We really are the BEST at everything, huh? Surprised New Hampshire made the cut though. Maybe we need to ask for a recount… … END_OF_DOCUMENT_TOKEN_TO_BE_REPLACED