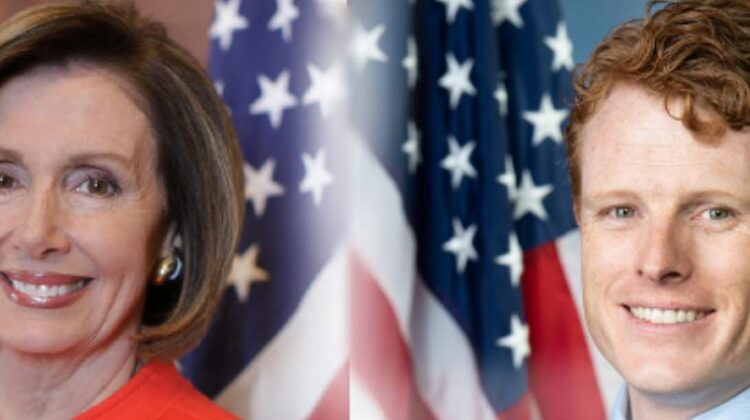 In an unexpected move, Nancy Pelosi “totally punked” Massachusetts politicos on Thursday afternoon by endorsing Joe Kennedy III over incumbent Ed Markey in the Commonwealth’s hotly contested Democratic primary for US Senate. Her statement was widely met with confusion, as it contradicted the Democratic Party policy to endorse incumbent candidates. But according to unnamed sources familiar with Pelosi’s decision, “the whole situation is a masterclass in political satire.”

“Like I said–she punked everyone reeeal (sic) good. She’s actually just joking, that big goofball,” the confidant told reporters over Signal. “Consider what she said: ‘Never before have the times demanded we elect courageous leaders as today. That is why I’m proud to endorse Joe Kennedy for Senate.’ That’s clearly a joke! No one would ever call Kennedy a courageous leader and mean it.”

A second source, who spoke on the condition of anonymity, corroborated the story. “All the words she was saying sounded serious, but that’s because she is a pro at deadpan humor. Some have called her the next Sacha Baron Cohen. And convincing the Kennedy campaign to release the video themselves!? Genius. Hilarious. Legendary.”

Endorsing a candidate as an elaborate goof might seem out of character to people who know Pelosi exclusively as Speaker of the House. “But that’s just her day job,” explained a former congressional staffer with knowledge of the situation. “She’s just in Congress to support herself financially while she pursues a career in comedy. Once that takes off, she’s leaving politics for good.”

One Boston-area comedy club owner, who asked to remain anonymous if everyone else was, told our reporters that he’d love to have Pelosi headline a few shows. “I’ve watched a lot of Boston comics grow into big stars over the years on my stage. Gary Gulman, Pete Holmes, Eugene Mirman–they all had the same spark. Nancy Pelosi’s endorsement of Joe Kennedy is comedy in its purest form. She clearly has that spark too.”

“Otherwise,” he added, “what’s the alternative? That Pelosi is craven and self-serving enough to actually support Kennedy over Ed Markey? That doesn’t sound like the Nancy Pelosi I know.”