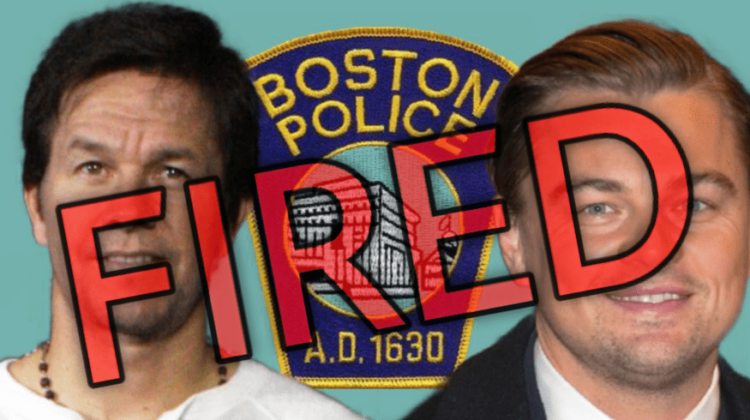 The Boston Police Department announced Friday that due to budget cuts, they will be forced to lay off actors Mark Wahlberg and Leonardo Dicaprio from their payroll.

“Recent calls for police reform have put pressure on the department to make difficult funding decisions,” said Chief of Police Mike O’Connor in a press conference. “ We hate to do it, but we have to let dear Mark and Leo go.”

Wahlberg and Dicaprio have been on the BPD payroll since the 2006 release of The Departed, when they were “added as a joke I guess,” noted O’Connor. “Well, we had some extra cash laying around, so we figured we could pay them back for their selfless work glorifying our department.”

According to department records, the actors have been receiving full salaries, annual bonuses, and dental insurance for more than a decade. Wahlberg was even promoted to Captain for his work on solving the Boston Marathon bombing, as depicted in 2016’s Patriots Day.

However,  when contacted by our reporters, neither Wahlberg nor Dicaprio were aware they were being paid. “That’s pretty cool though, I freaking love our Boston boys in blue,” added Wahlberg.

At press time, the NYPD announced they were firing Bruce Willis, Andy Samberg, Will Ferrell,  and Tom Selleck.