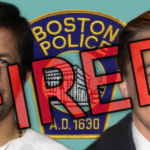 The Boston Police Department announced Friday that due to budget cuts, they will be forced to lay off actors Mark Wahlberg and Leonardo Dicaprio from their payroll.  “Recent calls for police reform have put pressure on the department to make difficult funding decisions,” said Chief of Police Mike O’Connor in a press conference. “ We hate to do it, but we have to let … END_OF_DOCUMENT_TOKEN_TO_BE_REPLACED