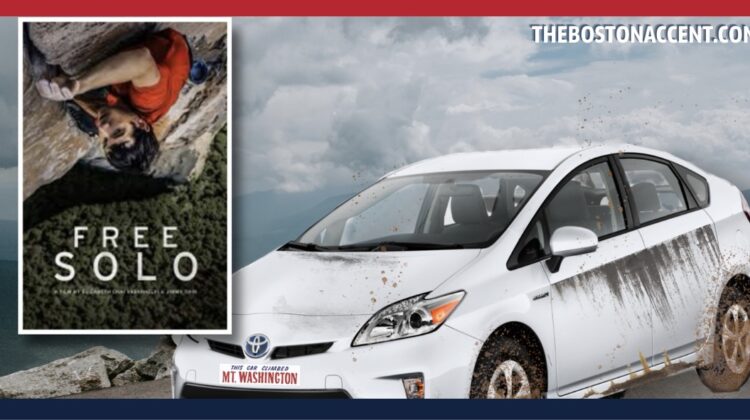 National Geographic announced today that the sequel to the critically acclaimed climbing film “Free Solo” will feature the thrilling story of a 2002 Prius summiting the legendary Mt. Washington without any assistance.

The movie will showcase real, often terrifying footage from the dramatic climb.

“A brave hand-me-down Prius takes on harsh paved and gravel roads that no Toyota was built to handle, putting its entire paint job on the line,” reads the film’s IMDB summary. The sequel is already being bashed by New Hampshire residents, who claim a Prius could never handle the gritty terrain of their rugged wilderness.