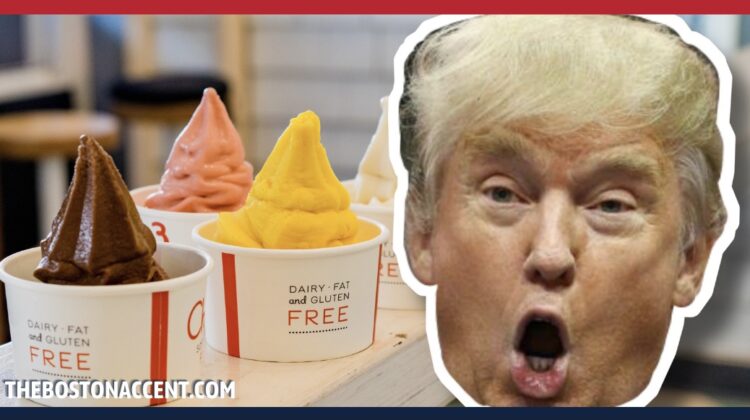 WASHINGTON, D.C.—After earning his second impeachment, President Trump is now just one away from the final third punch on his Presidential Preferred Customer Card, granting him one medium-sized frozen yogurt of his choice.

“Everybody said this was a deed that couldn’t be done. Too complicated. Too big. Couldn’t be done. Well, guess what? I’ve punched more holes than ANBODY else. The biggest holes too. That free frozen yogurt is as good as mine,” said President Trump out loud to nobody, since he cannot tweet anymore.

Trump says he plans to try either the peach-mint swirl or the national mis‘cone’duct.