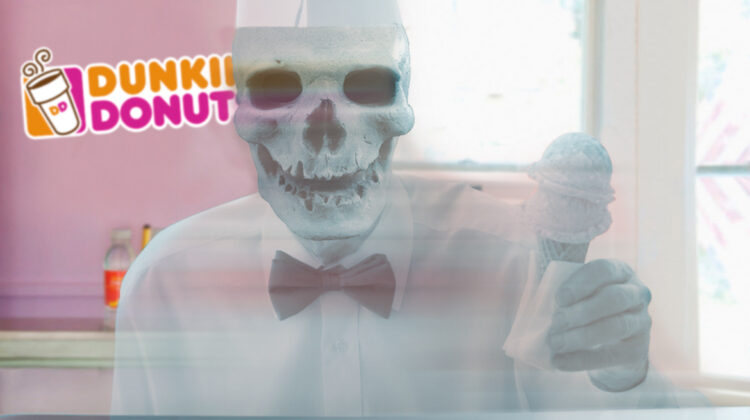 “Ever since I started working here three weeks ago, a lot of strange things have been happening,” said a Dunkin’ staff member at a location in Needham, which like many stores formerly housed a Baskin-Robbins ice-cream shop.

“It all seems to be coming from that empty counter over there, the eerie one that has spaces for thirty-one delicious flavors.”

Though the Dunkin’ location may seem mundane from the outside, the phenomena taking place inside are anything but. For several weeks now, staffers have reported strange happenings: sprinkles being replaced by jimmies, scoops of ice cream appearing in cappuccinos, and an ever-present feeling that they’re being watched by a cake shaped like a unicorn.

At press time, Dunkin has claimed that they will take any action necessary to rid the restaurant of its ice-cream poltergeist. Many have speculated that a certain “ghost busting” team might be called in, while others argue that a gang of meddling kids and their dog would be far more effective. Regardless, corporate has assured customers that any spirits of defunct or soon-to-be defunct businesses would be purged from all stores at any cost.