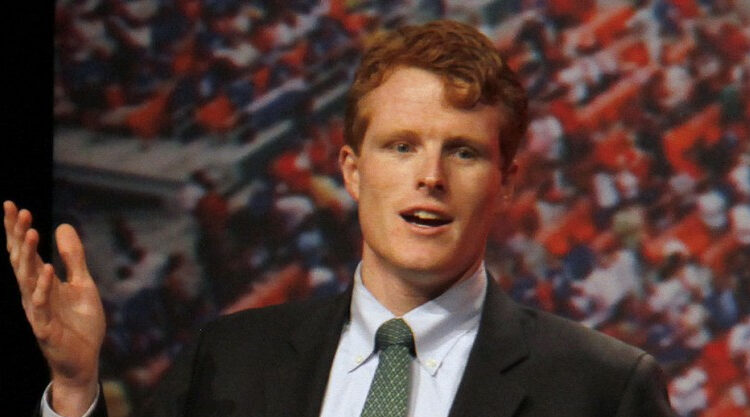 During last week’s debate with incumbent Ed Markey, Joe Kennedy III leaned into his newest and, frankly, best campaign strategy: repeating his prestigious name as many times as humanly possible.

The Senate-hopeful, who is the grandson of Robert F. Kennedy, reminded the audience of that fact at least two dozen times. Each mention of RFK generated eardrum-shattering amounts of artificial applause.

Kennedy also skillfully wove his pedigree into policy platforms. When asked his position on criminal justice reform, Kennedy responded: “As Joe Kennedy, I think the most important thing to remember about the criminal justice system is that I am Joe Kennedy.” Immediately following that sentence, his polling rose 4 percent.

Kennedy closed the debate by reminding voters that he’s not just a Kennedy, he’s also rich.