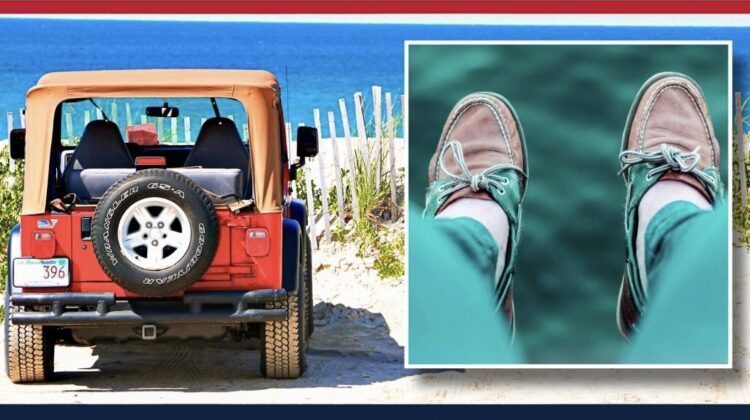 BOURNE, MA – In a Cape Cod miracle, on Saturday a Boston man was magically adorned with Sperry boat shoes as soon as he crossed the Bourne Bridge.

Todd Walters was driving over the bridge in his red Jeep Wrangler while listening to Hootie & The Blowfish when he noticed the shoes spontaneously appear on his feet.

“I was in my flip flops because I hadn’t gotten around to buying a pair of boat shoes for this summer. After an hour of pre-Cape traffic I finally made it to the bridge and when I went to press the gas, I noticed out of nowhere I was wearing Topsiders!” said Walters. “It was mad trippy.”

Walters isn’t the first to report this phenomenon. Many have experienced similar miracles as they crossed the bridge into Cape Cod, such as dress shirts turning into Tommy Bahama button-downs. Others have had their dresses instantly morph into eye-blinding neon Lily Pulitzer patterns.

Todd told our reporters he plans to spend the weekend eating lobster rolls at Sesuit Harbor in his new boat shoes, salmon-colored shorts, and Ray-Bans. “I just wonder what would have happened if I’d crossed the Sagamore Bridge.”