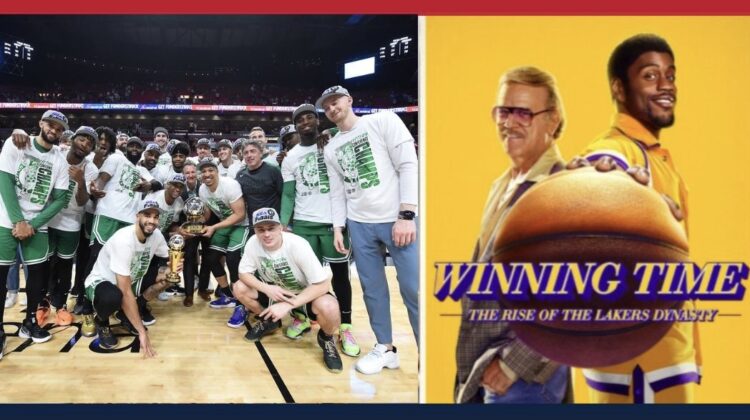 After a crucial Game 7 victory over the Miami Heat, the Boston Celtics are headed back to the NBA finals for the first time since 2010. The team will now face the Golden State Warriors as they push for their 18th championship title.

“What about our losing 21-22 season? I don’t recall. I honestly didn’t really watch it. More importantly, do you guys have HBO Max? You gotta check out this ‘Winning Time’ show! It’s electric. It reminds me of what the Lakers really stand for: flash, pizzazz, and of course, winning!” said Buss.

Lakers star Lebron James also weighed in on the TV show. “In the off-season, I’ve been focusing on improving my acting skills after the whole ‘Space Jam 2’ mess. Starring in TV shows and movies is by far the most important part of leading an NBA franchise. I just hope to one day get to the level of Uncut Gems star Kevin Garnett.”

At press time, Jayson Tatum was overheard telling a reporter he had not seen ‘Winning Time’ yet, as he was too busy actually winning games.