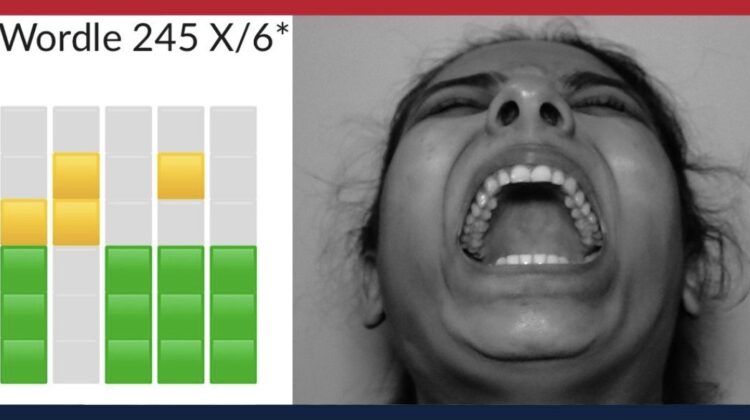 “I never thought this would happen to me, I always played it safe and was extra careful,” said 32-year-old Priya, who asked we do not share her last name due to overwhelming shame. “I was about to hit a streak of 50 days in a row and then the New York Times took over. Now it feels like my life is basically over.”

All across the country, health departments are reporting an alarming and precipitous rise in cases of “First Wordle Loss,” and it appears there is no sign of abatement in sight. Symptoms include acute delirium, an overwhelming sense of failure, and an earth-shattering drop in self-esteem.

“Shake? SHAKE! SHAAAAAAAAKE!” screamed one recent victim from their hospital bed. “I would have got it if I wasn’t playing hard mode!!!!”

“What the hell is Caulk? I’m not a carpenter!” Shouted another.

The CDC announced that anyone who develops First Wordle Loss should quarantine for at least one week—in addition to staying off social media—for the safety of those around them.