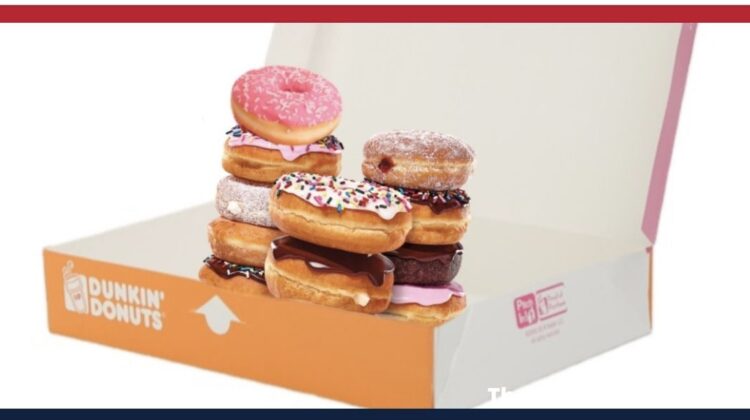 When asked if having so many donuts stuffed square in the center would limit their appeal and overall usefulness, a Dunkin rep clarified the decision for the special.

“You’d be surprised how many people preferred this version in our focus groups,” he said. “The ‘help pay for your neighbor’s donut’ deal was deemed too radical while the ‘vanilla frosted and ONLY vanilla frosted’ promotion was called out as problematic pretty much immediately.”

The Dunkin rep then appealed for skeptics to be patient, citing the 2002 introduction of the “Romney Plainest Plain Ever” donut, an incredibly disliked special that oddly saw its highest ever Massachusetts approval rating in 2021.

The Baker’s Dozen will allow for blueberry cake donuts and strawberry frosted donuts, but customers are urged to remember there can’t be too many of either in the box. Unfortunately, the deal is not available to teachers.