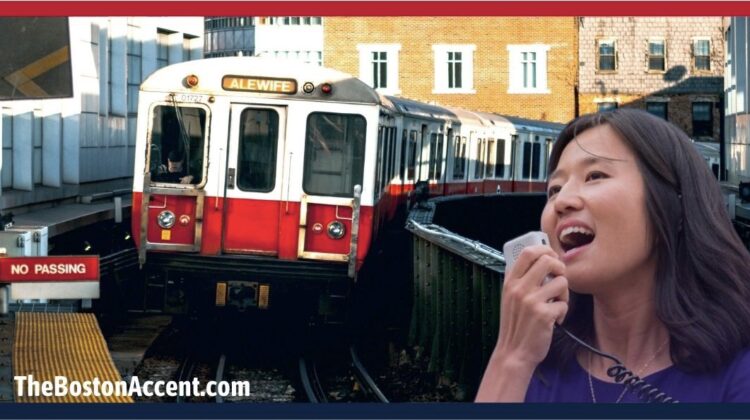 With the mayoral election quickly approaching and transportation remaining a hot button issue, many Boston residents have aptly noted that the Wu Train is currently the only working transit line in the city.

“After reviewing Michelle Wu’s platform during my daily hour-long MBTA delays, I’ve come to realize I support her stance on just about everything,” said Dorchester resident Salina Porte as she watched a packed replacement shuttle pull away from Broadway station. A crowd of commuters groaned as an automated voice announced the continued delay of T service.

“Especially her positions on infrastructure improvements,” she added, gesturing to the closed Red Line station. “Like making this train free since it’s constantly derailed anyway.”

At press time, the Orange Line was on fire, three Green Line trains were blocked by fallen twigs, and the Blue Line remained well-kept but effectively useless for most Bostonians.