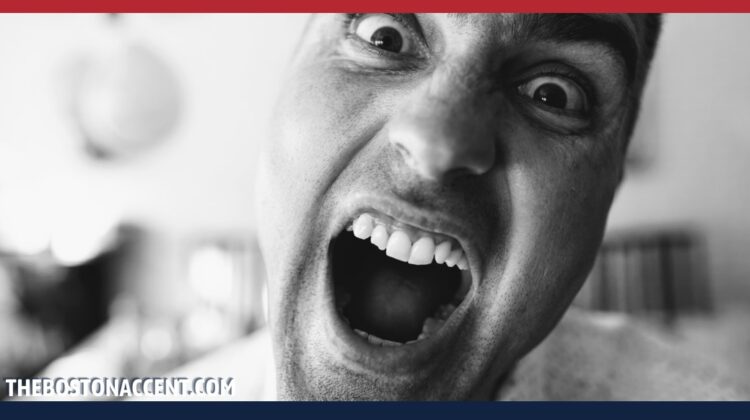 This time last year, Bobby Sullivan didn’t know a lick of code, calmness, or Buddhist dharma teachings. He didn’t know much of anything, for that matter. Before last month, his most reliable source of stress relief was cursing out Yankees fans after drunken nights in Fenway.

But after punching countless holes in his condo’s drywall during the stressful pandemic lockdown, Sullivan made a meditative breakthrough. While taking an online programming class at Bunker Hill Community College, the hothead of Southie began coding the first-ever guided yelling app: Wicked Cahm.

“The app is kinda like Headspace, but also kinda exactly the opposite of Headspace,” explained Sullivan. “I recorded a bunch of relaxing tracks that help Massholes like me relieve stress the only way we know how to: by screaming our fucking lungs out.”

“My throat is really hoarse and my neighbors definitely hate me, but I do feel more grounded. My favorite track is the one where I get to verbally abuse Tom Brady and his family for ditching the Pats.”

“Bobby definitely did something here. Not sure I’m a fan, especially of the track called ‘belt one out for our boys in blue,’ but I commend his efforts.”

“It’s incredible! Who knew that I didn’t need speedballs and Sam Adams Summer Ale to get to this state?”

While the Apple App Store and Google Play have both preemptively banned Wicked Cahm, anyone interested in downloading the app can email Sullivan directly at DropkickBobby_420@aol.com.