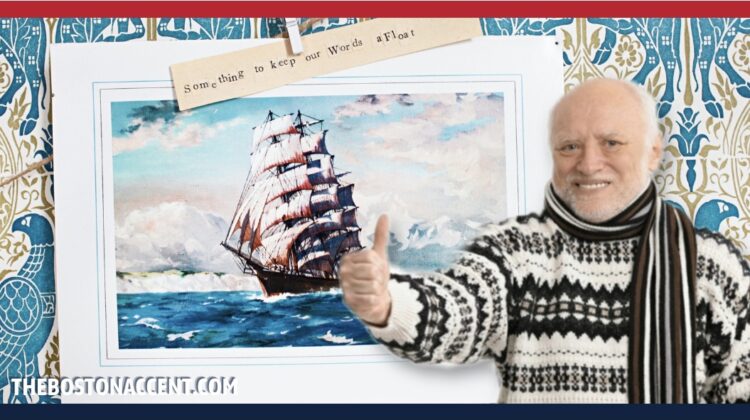 Lifelong Harwich resident Dan O’Hoolihan thought something was very wrong with his eight-year-old daughter when she brought home her first painting from school last week.

“There is nothing seaworthy about a dinosaur princess,” said O’Hoolihan. “But when I called the school in a panic, they informed me that not all art is boat-related. Naturally, I was shocked—every piece of art I’ve ever seen on the Cape is nautical themed. I always thought Mona Lisa was smiling because she’d just come back from a successful crabbing expedition.”

Following his realization, Mr. O’Hoolihan tried his hand at painting, describing his first piece as a “celebration of the American countryside, imbued with a nostalgia for halcyon days of yore.” But after he showed it to us, we can confirm: It’s just a picture of a wooden boat.