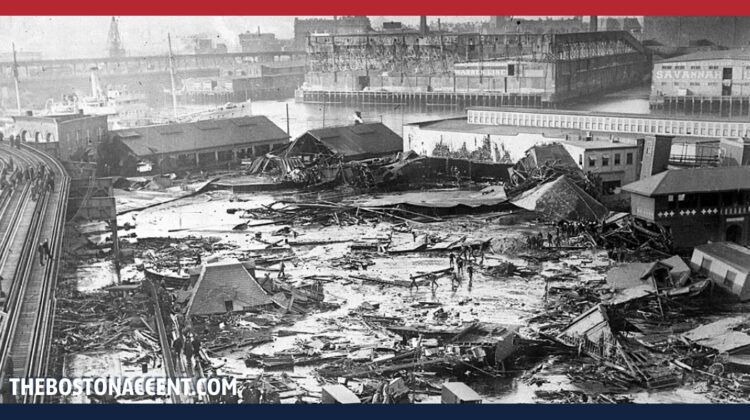 After an arduous 101 year journey, the carnage of the 1919 Boston Molasses Flood has traveled an entire six blocks and finally reached downtown Boston, nudging everything in its path.

Residents of Cambridge and other municipalities in the Boston metro area have been informed that they will need to leave their homes starting in October of 2051. Citizens have been advised to leave in cars, or just walk at a leisurely pace away from the incredibly slow wave of brown goo.

Experts have confirmed that the molasses flood is much less dangerous than Boston’s baked bean tsunami of ‘31, but similar precautions (including emergency spoons) should be taken.