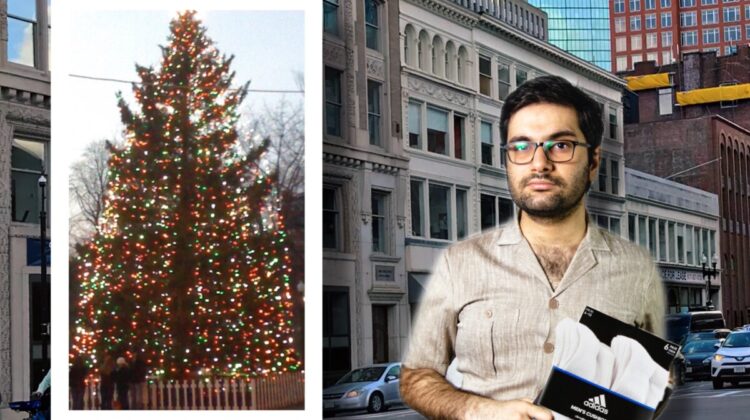 In a frantic gesture of goodwill, Boston has collectively thrown together a gift card and some nice socks to thank Nova Scotia for the annual Christmas Tree they send the city.

“Nova Scotia has gifted Boston a massive white spruce Christmas tree every year since the 1940’s to thank our city for sending vital supplies and medical assistance after the 1917 Halifax Explosion, which killed more than 1,000 people,” explained Back Bay resident Devon Paradis. “It’s only right that we give them a little something back. Like this 3-pack of Adidas athletic socks.”

Dozens of Boston residents were spotted sprinting to their nearest Marshalls and CVS stores, grabbing last-minute gifts for the Canadian Province.

“Crap. Somehow after 79 years of them giving us these trees, I didn’t think they’d get us anything this year,” said Boston Mayor Marty Walsh. “Do you think Nova Scotians would like a $25 Amazon gift card? They have Amazon up there in Canada, right?”