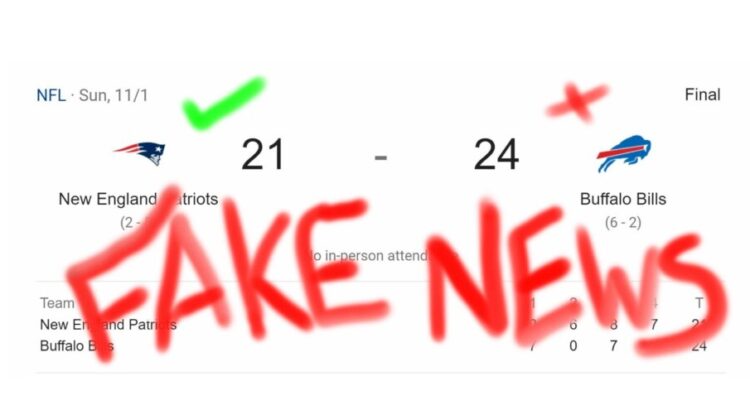 Patriots coach Bill Belichick announced today that he continues to dispute the official results of last Sunday’s matchup with the Buffalo Bills. Belichick made the statement during a press conference with reporters from the Boston Herald this morning, held in the parking lot out front of the big Home Depot in Somerville, next to I-93.

“These are just preliminary results,” a defiant Belichick insisted, adding that the Patriot’s close win over the Jets yesterday is “not up for discussion.” “We have several lawsuits and official challenges still working their ways through the NFL’s appeals process.” Former New England quarterback Tom Brady even called into the conference to support his long time coach, claiming that “the media are conspiring with the coastal elite officials in New York to steal this game for Buffalo.”

However, Massachusetts Senators Elizabeth Warren and Ed Markey have already publicly congratulated the Bills on a “well-earned win” in the nail-biting contest widely recognized as a 24-21 Buffalo victory. Senators from Rhode Island, Connecticut, and Vermont have released similar statements, although Maine Senator Susan Collins remains predictably neutral on the subject, refusing to comment on record.

In a surprise move, President Trump even tweeted his support for Coach Belichick and the Patriots, adding he himself was often called a patriot. The tweet was quickly flagged as misleading.