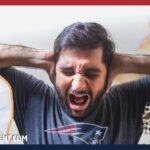 BOSTON—Recent polling results suggest that citizens of Boston are increasingly worried about the startling lack of blah, noncommittal white men running for mayor in this year’s election. In a historic first for the city, the mayoral race includes approximately zero confused-looking middle-aged white dudes spouting nonsense and palaver. Reports suggest many voters are … END_OF_DOCUMENT_TOKEN_TO_BE_REPLACED