Patriots Coach Bill Belichick has denied the Medal of Freedom offered by President Trump, but, according to reports today, Mark Wahlberg has already put himself out there as a possible alternative recipient.  "Look I'm not saying that it should have been me," said Wahlberg, appearing angry as if he had been personally insulted. "I'm just saying that, if it were me, I … END_OF_DOCUMENT_TOKEN_TO_BE_REPLACED 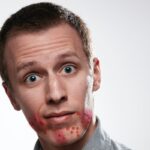 BOSTON, MA—After five consecutive months of not washing the one cloth face mask he owns, local man Dalton Fisher told reporters Thursday he has absolutely no idea why his chin, cheeks, and mouth are now covered in a constellation of grotesque pustules. “I’m telling you, it’s bizarre! Six months ago my skin was perfectly clear. Now it looks like a Little Caesars Hot-N-Ready … END_OF_DOCUMENT_TOKEN_TO_BE_REPLACED 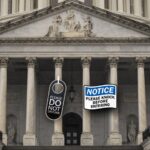 WASHINGTON D.C. — After the U.S. Capitol was overrun with rioters and terrorists seeking to overturn the certification of the 2020 election, the Capitol Police Force has announced that billions of dollars will be invested in state-of-art anti-door-opening technology. Today, the Force unveiled their new high-tech security measures for the next Republican insurrection: two … END_OF_DOCUMENT_TOKEN_TO_BE_REPLACED

ATLANTA – The victories of Senators-Elect Raphael Warnock and Jon Ossoff have submerged the state of Georgia in a blue wave years earlier than climate scientists expected. “I thought the first time I would see a blue Georgia would be from a boat,” said 27-year-old resident Erica Sawyer. “Our coastline has been eroding fast, but this flood came way ahead of schedule.” In a … END_OF_DOCUMENT_TOKEN_TO_BE_REPLACED 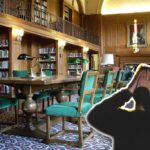 This is really a dream come true. I’ve been studying years for this very moment! I can’t believe I got into Dartmouth. Their library, to be exact. My family is going to be so proud when I tell them I finally figured out how to pick that stupid side door lock of the Baker Memorial Library. My first choice! These old dry books are going to make great kindling. We’re having a … END_OF_DOCUMENT_TOKEN_TO_BE_REPLACED