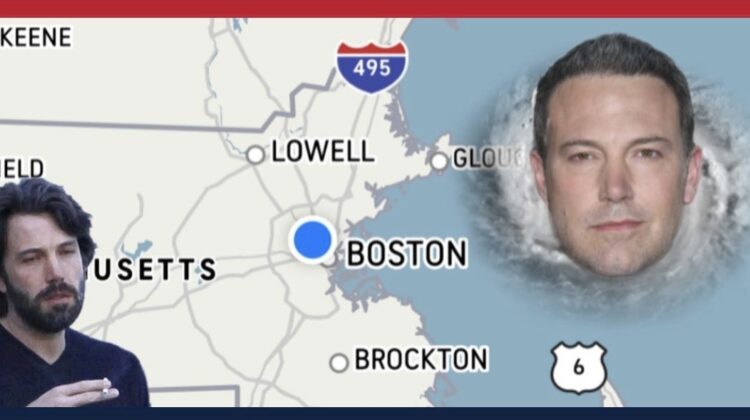 NORTON, MA – Forecasters from the National Cinema Service have warned that we could be due for another Ben Affleck movie any day now. Residents are advised to take precautions to ensure the safety of their homes and streaming services.

“The country has experienced multiple major Ben Affleck movies across the past twenty years,” said NCS scientist Dr. Vikesh Sharma, “Most of them have just featured him as an actor, but every four years or so, he decides to direct one, and the impact can be devastating.”

The most recent Ben Affleck-directed movie, Live By Night, thankfully had very little impact, and passed briefly through theatres before dissipating entirely. However, experts warn that this could mean the next Ben Affleck movie will be truly cataclysmic.

“The impact of Ben Affleck movies shouldn’t be understated,” Dr. Sharma warned, “It may seem minor at first – talk show hosts start doing funny Boston accents sometimes, tabloids print more stories about Jennifer Garner. But soon it can progress to a critical level – your mom starts talking about what a looker he is.”

“Nobody saw that shit,” he said.