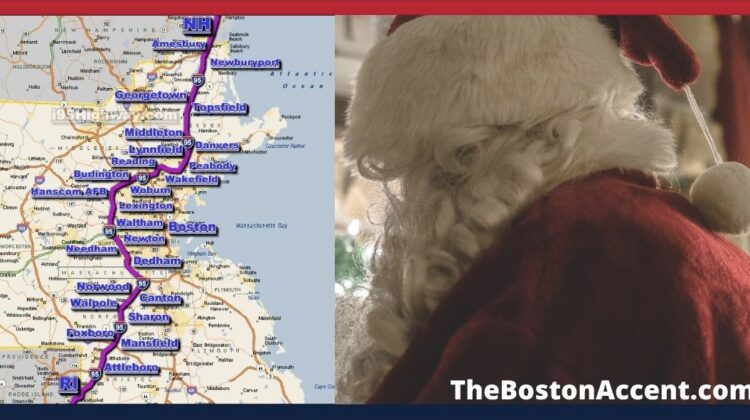 BRAINTREE, MA — We caught up with the big man himself, Santa Claus, who gave us a rundown of the most popular gift requests in the Bay State. Near the top of the list were expected requests, like Playstation 5’s, iPhone 13’s, and a real point guard for the Celtics. But what topped that list this year? Something Father Christmas sadly wants to remind residents he can’t actually deliver: less traffic on route 95.

“Unfortunately there is nothing I can do about that,” Claus said, adding that spreading holiday magic on the road would only lead to more chaos and gridlock given how Massachusetts drivers don’t use their blinkers consistently. “There’s also nothing I can do about the exit numbers changing. You’ll have to ask the Easter Bunny about that, he used to work for MassDOT believe it or not.”

As for the frequently requested Green Line MBTA extension, Santa encouraged residents to recruit some Jewish friends, admitting that drawn out process will require more of a Hanukkah “oil lasting for 8 days” type miracle.