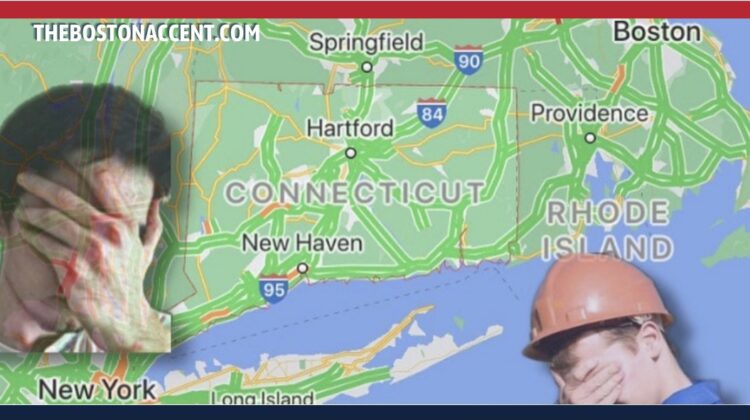 While people from New York and New England rarely find common ground, there is one area that unites the regions in mutual hatred: the state of Connecticut.

“I would rather live in a dumpster than move to Hartford or Stamford, forget about it,” said Bronx resident Louis DeJulio. “I don’t even care if the fancy people there like the Yankees.”

“I hear ya dude, we don’t claim them either,” agreed South Shore resident Joe Ferreiro. “I feel dirty just saying ‘Connecticut,’ I could never imagine visiting. If I wanted okay pizza I’d just go into Boston.”

At press time, representatives from Connecticut refused to speak to our “poor proletariat excuse for a newspaper” unless everyone in the room had an Ivy League degree.