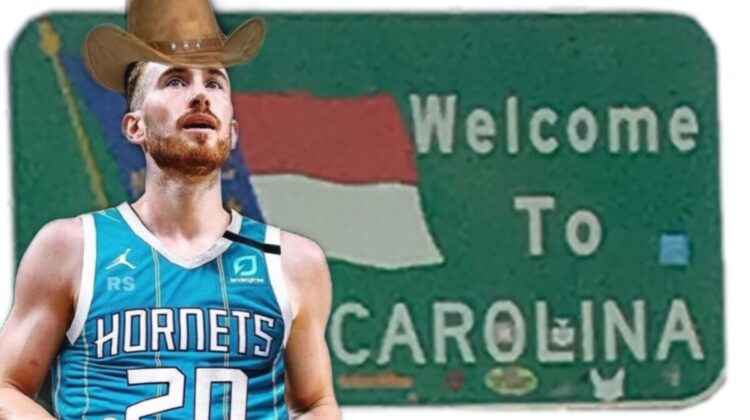 This week, Gordon Hayward committed to a massive four-year, $120 million contract with the Charlotte Hornets, tossing away any hope of a ring in the foreseeable future. Still, the humongous payout is second in importance to Gordon, who says he’s just happy to fulfill his dream of moving back to Trump’s America.

“Boston was nice I guess, but I really won’t miss it,” admitted Hayward, who told our reporters he honestly can’t wait to raise his growing family in God’s Country. “There were too many high end coffee shops and places that sell vegan food. I’m excited to wear my cowboy boots without people calling me names on the street.”

The Celtics roster seems to have taken the tough announcement in stride, with star Jayson Tatum remarking, “Oh wow, he was still here?” Marcus Smart said he wished Hayward the best of luck, but added he won’t miss having to listen to Ben Shapiro’s podcast in the locker room.

General Manager Danny Ainge could not be reached for comment, as he has locked himself and the team’s three draft picks in his office and is making them play icebreaker games all week.

At press time, Hayward was seen browsing the internet for souped-up Ford pickup trucks and recipes for crockpot Carolina BBQ.