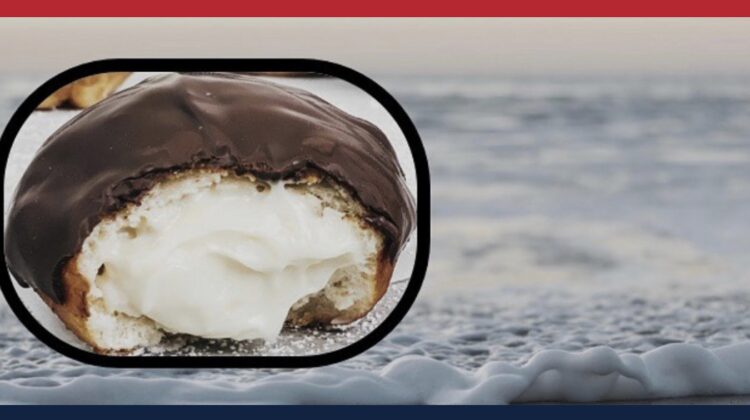 BOSTON — In a surprise discovery released on Friday, a team of Harvard scientists have revealed that the iconic Boston Cream, of cake and donut fame, is actually not cream at all.

Rather, the white, sweet mousse is comprised entirely of fermented foam skimmed from the polluted Boston Harbor. Who knew?!

“We found that every sample we collected, which came from 109 Dunkin’ locations, 10 local bakeries, and 50 secret family recipes, were all 100% molecular matches with Harbor foam,” said the lead scientist, Hendricka Moon. “Honestly, it explains so much.”

The team of biologists, food chemists, and environmental scientists also learned that fake maple syrup, though partially made of high fructose corn syrup, is mostly comprised of the rainbow oil slick that accumulates on the harbor’s surface.