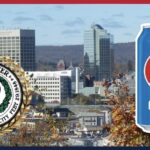 Move over, city of champions: Massachusetts has a new title to celebrate and for once it has nothing to do with Boston. Worcester was recently declared the “is Pepsi okay” city of The Bay State! The competition for the title was fierce, and the accolade almost ended up going to Springfield. Ultimately, Worcester secured its status as the … END_OF_DOCUMENT_TOKEN_TO_BE_REPLACED