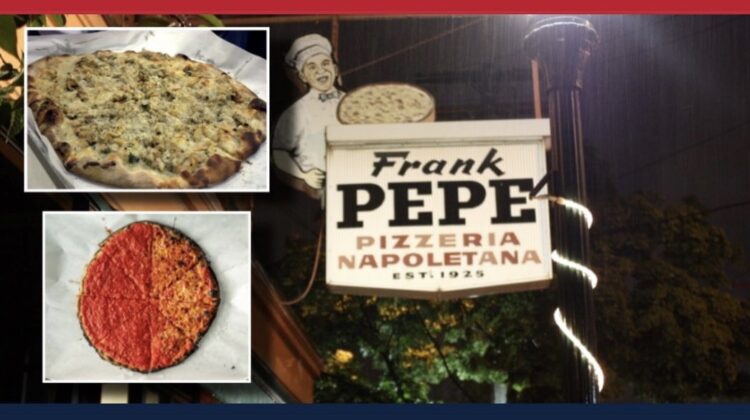 HARTFORD, CT—On May 26, Governor Ned Lamont and a bipartisan group of legislators announced a once-in-a-generation investment to inform the broader public about the importance of New Haven-style pizza.

The coal-fired pizza has long been celebrated in pockets of New England, but Senate Bill 5052 seeks to amplify the cultural impact of New Haven-style pizza beyond the region.

“For too long, people have assumed our pizza was just like New York pizza, but the differences are clear as day– ‘Apizza’ is moderately thinner with a little more char and a slightly chewier texture,” said Lamont. “America needs to know this and that’s why this investment is so important.”

“It was hard enough competing with New York and Chicago, but now there are upstarts like Detroit,” said State Senator Bob Duff. “And with Goldbelly promoting Minneapolis pickle pizza it was clear this is a dire situation.”

Key elements of the bill include tax breaks on coal and oregano, using monies set aside for Medicaid to finance grants for pecorino romano cheese, and repurposing FEMA funds for use in a swanky ad series which explains that in New Haven, mozzarella is pronounced “mootz.”

Some expressed concern about these budgetary changes. “Well, I’m no longer eligible for Medicaid,” said Stratford resident Danielle Gray. “But at least people in North Dakota may soon know about the intricacies of pies served at Frank Pepe’s. That’s something to feel good about.”