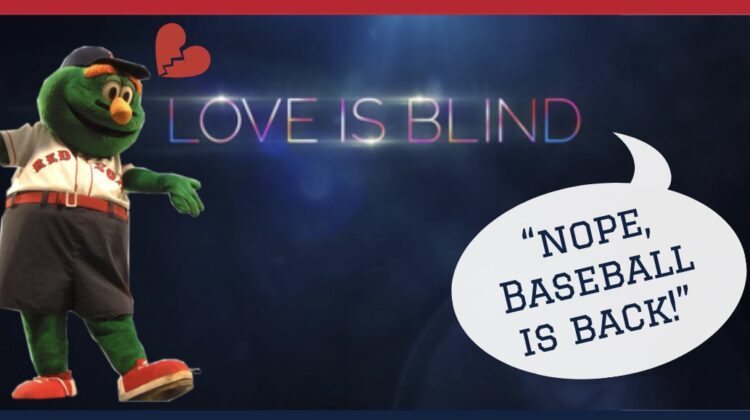 HOLLYWOOD, CA – News that the MLB and MLBPA have ended the looming lockout has been met with a flurry of excitement from baseball fans—but one key member of the Red Sox isn’t so excited. According to TMZ, Wally The Green Monster has been forced to drop out of the next season of Netflix hit “Love Is Blind” to return to Fenway Park for the upcoming baseball season.

The gossip website reported the famously single mascot’s now-deleted show bio said his biggest difficulty in dating is communication. Before pulling out of production, Wally had even filmed an episode of the show, which producers called “unproductive.” An inside source told us the famously shy Monster completely overestimated how much he could convey through only baseball signals and waving a flag when the other person can’t see you.

However, there is hope for the mascot. “We would still like to be in the Wally The Green Monster game” said a Netflix representative. “We’ve kicked around a few ideas for whenever Mr. Monster’s schedule opens up, like a new dating show called “Wally Gets To Second Base.”

No word yet on an official replacement for Wally in the upcoming season but with the last place Philadelphia Flyers season likely to end soon, rumors are swirling that Gritty may be open to joining the cast.